The Stop-Gap Highway Bill: A Mixed Bag for Businesses

In an effort to offset the costs of the three-month stop-gap highway bill signed by President Obama on July 31, lawmakers from both parties agreed to use “tax compliance” measures to raise revenue without raising taxes.

These measures are projected to generate about $5 billion over the next 10 years, even though the highway bill is scheduled to sunset on Oct. 29, 2015. This means Congress will need to revisit highway spending when it returns from its August recess in September. In the meantime, the Senate is preparing legislation that could serve as a multi-year blueprint for a longer extension. Because of the long-term duration of such a bill, and because lawmakers may have multiple agendas come the fall, HR 22 could turn into “Christmas Tree” legislation—hung with unrelated amendments and provisions, including, possibility, a package of tax extenders.

The stop-gap bill is not without controversy. First, it does not include a proposal to revive private collection of tax debts, similar to the one Congress authorized several years ago. Likewise, a measure to revoke or deny a U.S. passport to citizens with unpaid taxes was removed from the final bill, as well.

What It Means for Businesses

Under the stop-gap bill, partnerships will be required to file U.S. Return of Partnership income and Partner’s Share of Income reports a month sooner—from April 15 to March 15 (2 ½ months after the close of its tax year). This measure brings partnerships into line with S corporations, which have the same deadline. This shift will better enable partners to receive their Schedules K-1 in time to report that information on their 1040 forms before the final April 15 due date. Currently, many partners are forced to file six-month extensions in order to file their 1040s.

The changes to the filing deadlines are applicable to tax years beginning in 2016. The new deadlines will first apply to returns filed in 2017.

The changes will likely placate taxpayers and tax professionals who have long been advocating for staggered due dates. Not only will the changes enable taxpayers to receive Schedule K-1 information in a timely manner to meet initial filing deadlines, they’ll also ease the workflow for tax prepares dealing with a rush of initial returns and extensions. The hope is that the revisions will reduce the number of and need for extended and amended individual income tax returns. 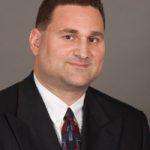